Tomb of Akenhaten is a famous pokies game developed by NoLimit City in 2020. Fans of Ancient Egypt themed slots will love this one. Spin the reels to search the sandy deserts of Egypt for buried treasure, with increasing multipliers & free spins offering awesome wins. This game was fun to play, and unlike many other slots, both the base game and bonus feature were entertaining and offered serious value.

Akhenaten was an Egyptian Pharaoh that ruled the land between 1353-1336 BC. He was commonly called the Mad Man, for his philosophy of a ruling sun god. This ancient character was the husband of the famed Nefertiti. No Limit have an earlier release that stays in the family, with Tomb of Nefertiti offering a similar, yet different online slots experience.

The Akenhaten slots game offers a unique style of play, with up to 3125 ways to win and a 5×3 reel layout that expands to 5×5. The slot was developed using HTML5 and works flawlessly on PC and mobile devices.

The base game is exhilarating, with each winning combination starting a re-spin, known as a Sticky Win Spin. For each successive win, the reels will expand to offer more spaces for symbols to land.

This increases the pay lines, and Wild + Pyramid Wild symbols can give wins an extra boost. Wild symbols a female explorer, that resembles a Tomb Raider seeking out treasure.

Praymid Wilds occur on the last winning level of the base game. When the reels have expanded to 5×5, there will be a Pyramid timer at the top of each reel. If the red arrow lands at the top of the Pyramid, all symbols in that lane will be transformed into wild, offering more connecting lines and huge winning potential. You can see the top 30 max win no limit slots in latest post.

The free spins feature in Akenhaten is triggered by landing at least 3 x Bonus symbols. One cool thing about this pokie game is that the expanding reels offer more spots to land bonus symbols. This means if you land one Bonus symbol on the first spin, and the reels expand, you get extra chances to land 2 more symbols.

The bonus round starts with 8 free spins. During this round, each additional Bonus symbol awards 2 x extra spins. What makes this bonus round rewarding is the increasing multiplier. For each win you land, the multiplier value will increase by 1, making for thrilling gameplay and the chance to land some massive wins.

Akenhaten is available in demo mode or for real money. The game also has the option to buy the bonus. Many no limit slots have the bonus buy choice, which is wonderful if you don’t want to wait around for the free spins.

You can purchase 8 free spins for 65x the stake, or 12 spins for 105x. The volatility level of this slot is high, so some rounds can offer significant wins, while others barely lead to any.

We found the base game exciting enough, and got lucky by hitting the free spins feature. It would be wise to try this one with smaller stakes if you are looking to buy straight into the feature.

Best Place To Play Tomb Of Akhenaten in 2022

€550 Bonus National Casino is an exciting online pokies site that has loads of fun games to play, including Tomb of Akhenaten and other no limit slots
VisitReview 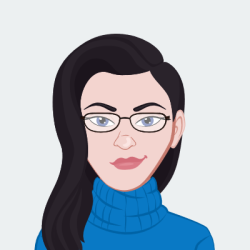 Sarah M
Sarah is a passionate content writer & pokie player. Over the past ten years, she's worked researching companies and compiling detailed reviews. In 2022 she takes charge as head of content at 247Pokies.