The Das xBoot slots game is one of the newest releases from NoLimit City. Take an underwater adventure reminiscent of old navy submarine war movies like Red October. This pokies game offers some awesome game play, with a unique reel design, two types of interactive bonus rounds, and a host of famous NoLimit slots features like xWays, xBomb, xSplit and more.

We played a few rounds and did a bonus buy of Das-xBoot to see how the game plays and what it has to offer. It was released in September 2021 and is now popular with loads of online casino players worldwide. 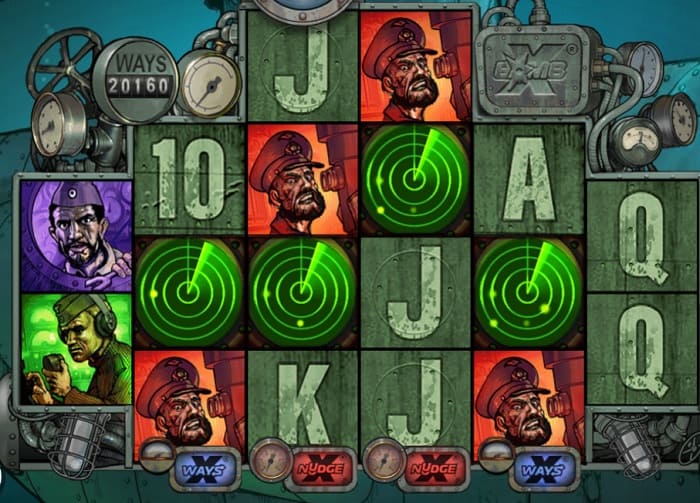 During the base game in DasxBoot, wins are accumulated by landing at least 3 symbols from left to right. There’s lots of cool extra features in this game that make it exciting to play as you chase the bonus feature. xWays, xNudge, and xBomb symbols can drop onto the reels to offer more ways to win and a fun style of game, with a surprise around each corner.

While most slot games focus all the attention on the free spins bonus games, it’s nice to see NoLimit providing games that offer players a great experience in the base game and the bonus rounds.

To win the free spins feature in Das xBoot you need to land at least 3 Sonar Bonus symbols. These can land on reels 2-5. Landing 3 will award 8 Silent Hunter Spins, While landing 4 Sonar’s will award 8 Wolf Pack spins.

The Silent Hunter game offers a unique reel-set, with a periscope that offers 8 positions. The game features a torpedo launch extra when 2 symbols + a periscope symbol land on the first 3 reels. Hitting the war ships will award extra features like the whole periscope reel turning wild, offering more winning combos.

The Wolf Pack is the top bonus feature in Das and is exciting to experience. In this game there’s a torpedo tube below the reels. Landing torpedoes on the reels will drop them into place below. Fill up the tube to launch the missile and reveal xWays & xWilds that have built up. This offers fantastic winning potential and high payouts for lucky gamers to win this bonus feature.

When playing Das-xBoot slots game the maximum you can win is 55,200x the stake, making it one of the highest paying slots released in 2021. The game is very volatile, so it might be wise to play in demo mode or at low stakes to get a feel for it before deciding to play with larger bets. 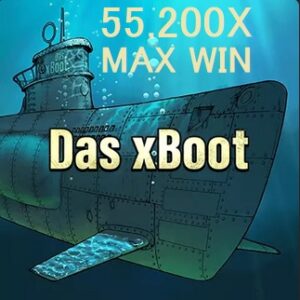 Best Places To Play DasxBoot in 2022

$1500 Bonus National Casino is an exciting online pokies site that has loads of fun games to play, including Das-xBoot and other popular No Limit Slot Games
VisitReview

$3750 Bonus Cocos Casino features a full collection of pokies to play in 2022. This includes No Limit Slots and other new releases
VisitReview